Evidence collected from the Portal can be found in the Evidence workspace.

Written by Nico Grey
Updated over a week ago

As with all data that comes in to GLIDR, through Intercom, the Google Chrome Extension, notes from sales calls or customer discovery interviews, the data you collect from the Public Portal will be kept in your Evidence workspace. 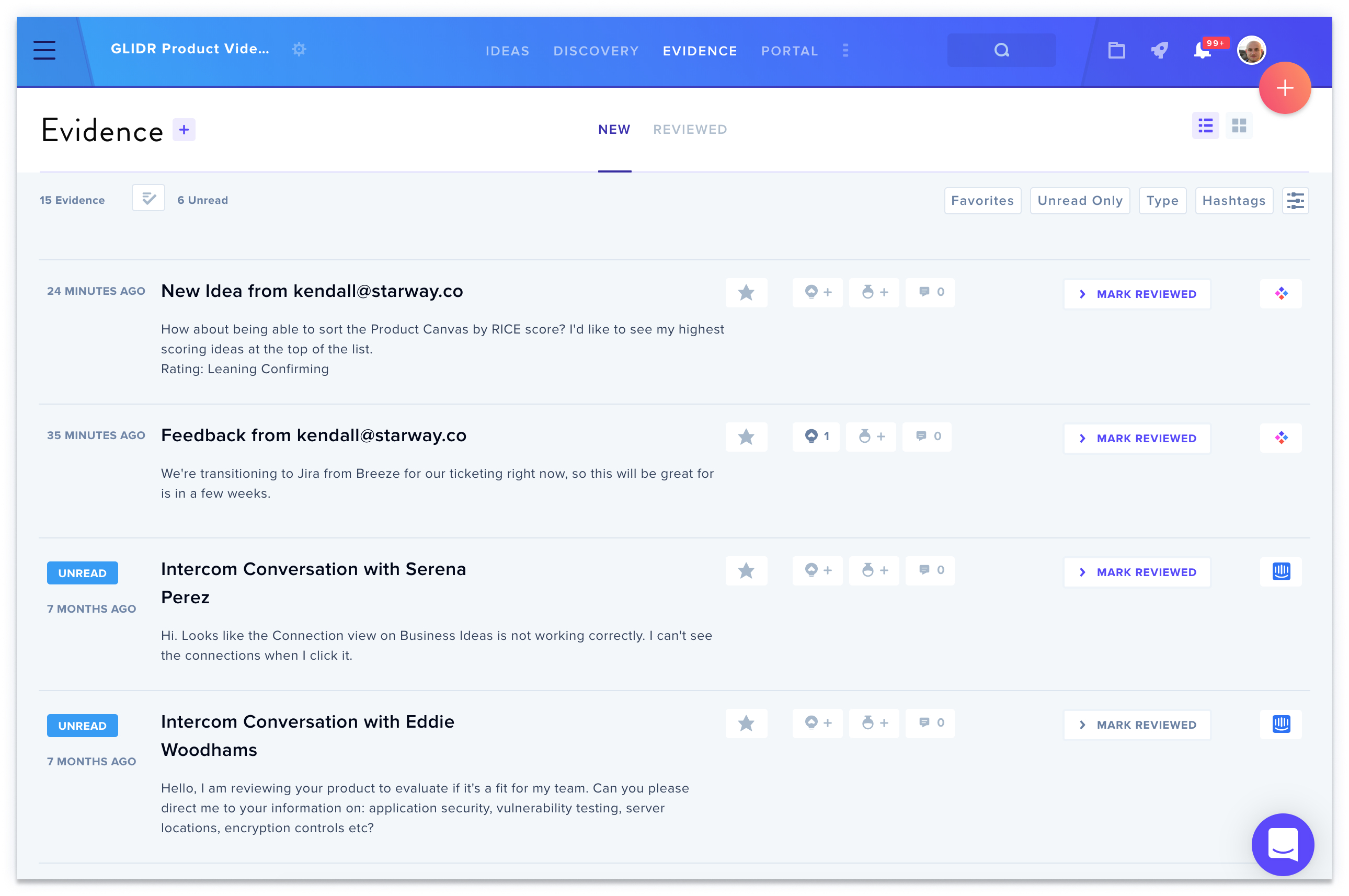 There are two types of Evidence generated by the Portal: Feedback and New Idea.

Feedback is generated when a user rates and comments on an existing Idea in your Portal. This is connected to the relevant Idea on your Canvas, and the Trending Score is updated automatically. 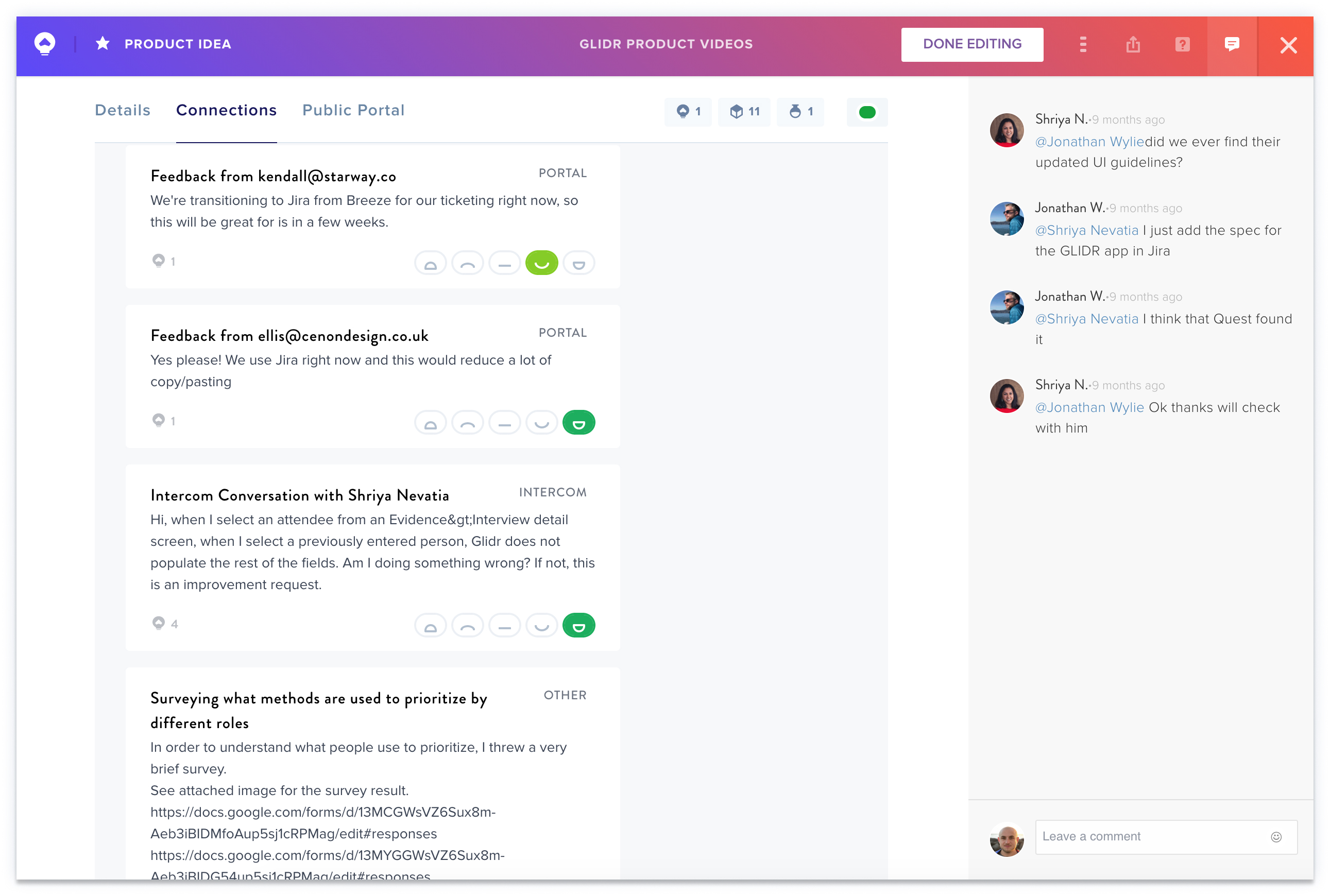 Users of the Portal can submit new Ideas, such as feature requests, by clicking on the Add an Idea button. This appears in your Evidence workspace as a New Idea.

New Ideas aren't automatically connected to an Idea on your Canvas. As these come in, you may wish to connect these either to a new or existing Idea on your Canvas. You'll notice that the user rating of the Idea will also appear in bold at the bottom of the Evidence card. 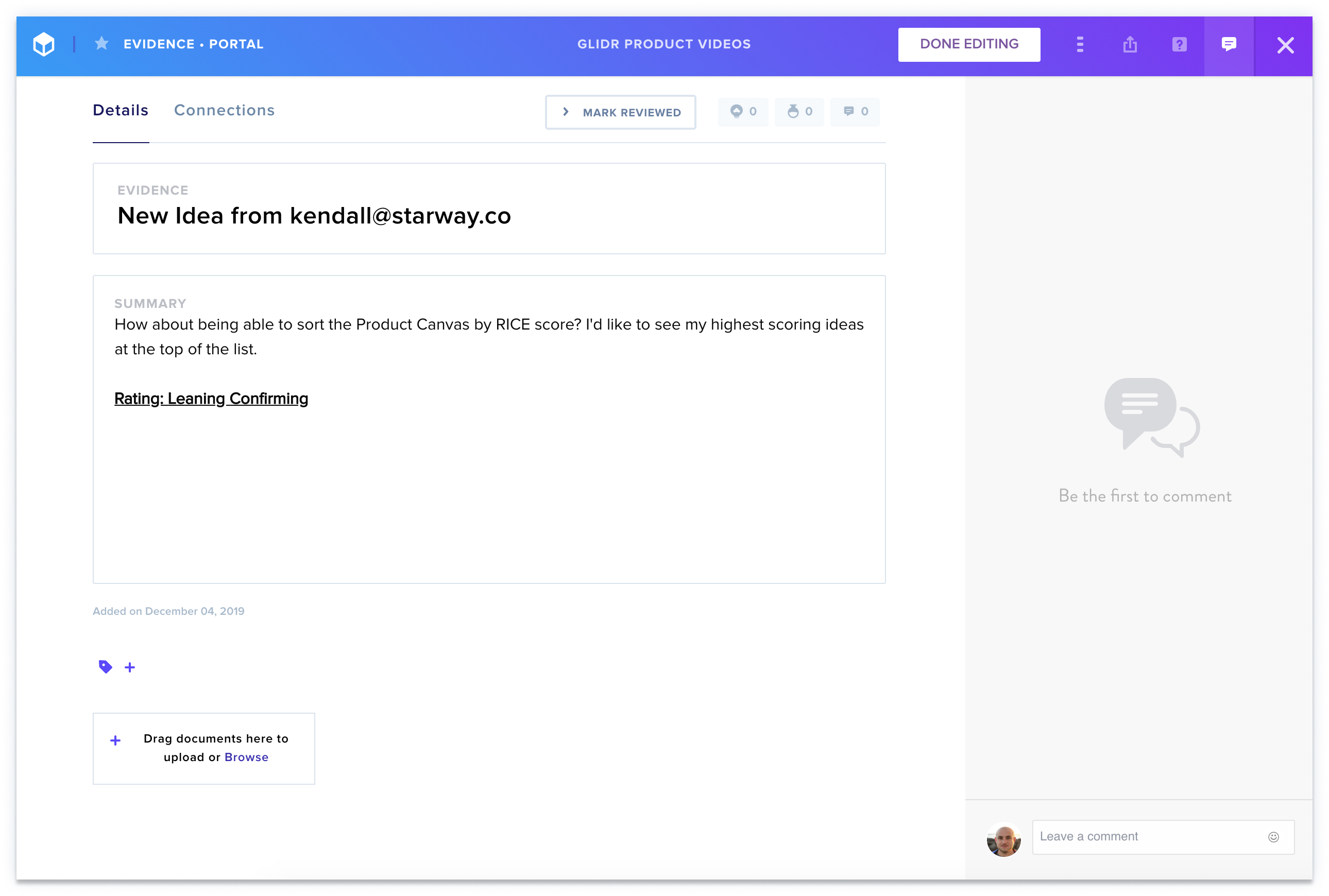 Did you know that the Portal isn't the only way of bringing in data? Check out our Intercom integration here.

Did this answer your question?